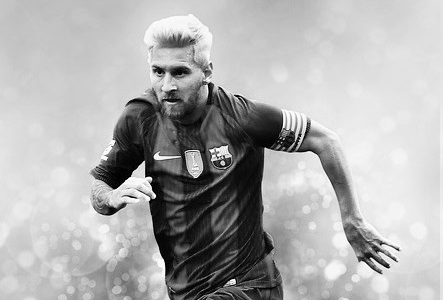 Lionel Messi, the prolific Barcelona forward, has been in the news again recently; but surprisingly not for his footballing prowess.

For the last seven years, Messi has fought a legal battle in the EU’s General Court so that he could register his name as a Trade Mark to be used on sporting goods. Only fair given the likes of David Beckham and Cristiano Ronaldo doing the same, some might say.

Massi challenged Lionel Messi’s application to register his own name as a trade mark on the basis that the names were too similar and would cause confusion in the marketplace. The European Union Intellectual Property Office (EUIPO) agreed, stating that the words “…’Massi’ and ‘Messi’, are almost identical visually and phonetically”.

People and businesses wishing to register trade marks should be acutely aware that the ‘mark’ need only be similar to an existing trade mark to come under scrutiny from the EUIPO or the UK’s own Intellectual Property Office (IPO).

Thankfully for Mr. Messi, the General Court found that he was far too well-known for any such confusion to arise and allowed him to trade mark his name. Whilst this is clearly good news for the Argentinian, it just shows the time and effort (seven years of time and legal costs) he had to go to.

Guy Williams Layton’s Commercial Team has vast experience in providing advice on trade marks on application and through to registration in both the UK and the EU. GWL can also deal with any trade mark disputes, whether from the IPO or third parties, should they arise.

Why not give us a call to find out how you or your business might be able to protect your intellectual property and increase value by registering a name or logo.

Get in touch with us –

Click here to get in touch via our online enquiry form

Guy Williams Layton is the successful union of several highly respected firms that have been providing legal services throughout the North West for many years. We currently have offices in Liverpool City Centre and at Heswall on the Wirral.

We firmly believe that our size allows us to be small enough to really care about our clients and our service but large enough to offer high quality legal advice and support.

We are committed to adapting to the changing needs of the legal market whilst preserving the best aspects of true personal service.

The SRA Code of Conduct may be inspected at www.sra.org.uk

Our Offices are currently closed to visitors. We are operating a skeleton staff rota in order to facilitate the home working protocols as well as necessary and urgent office based work. Clients continue to be in contact with the person dealing with their matters as we are able to successfully conduct the majority of our business via telephone consultations, email and, where practical, video conferencing.  Please bear with us if we don’t pick up your call or reply to emails or post as swiftly as usual.

We would like to thank our clients for their understanding and patience and our team for their support in these unprecedented circumstances.